The 5 Best Rye Whiskey Cocktails for any Occasion

One of life’s great underappreciated pleasures is rye whiskey. It doesn’t have the firebrand rebel status of bourbon, or carry the smoking jacket prestige of scotch. But what it lacks in reputation, it makes up for in bold flavor and downright deliciousness.

It’s also one of the original American spirits, distilled while the British were still trying to flex the crown on the young American colonies. George Washington made rye at his home in Mount Vernon. Just picture Mr. Mount Rushmore himself sipping rye whiskey between his wooden teeth, wood we can only hope was sourced from rye whiskey barrels.

Thankfully, brands like Templeton Rye are bringing the proud tradition of rye back to the mainstream.

Which is great news, because rye happens to be the perfect whiskey for cocktails. Whiskey lovers need to have a bottle of rye on call in their home bar. And drinkers should get cozy with classic rye whiskey cocktails because it shines as the base spirit for a cocktail.

Rye’s flavor runs a wide range from spice and pepper, to vanilla and baked-good sweetness imparted from barrel-aging, on down to green, minty notes, that all coalesce into a complex sipper whose strong flavor stands up well against mixers.

For a lot of people, mixing cocktails can be intimidating if it involves anything more than rum and coke.

But mixing cocktails on your own isn’t difficult. And it helps to be aware of the situation you’re drinking in. Contextual drinking is a skill that all professional drinkers should learn. Beer is great for tailgating. Red wine is the perfect compatriot for a steak dinner. And making the right cocktail for the right moment will guarantee maximum enjoyment. It doesn’t hurt that playing bartender is a great way to impress guests and get a party rolling.

So let’s take a look at 5 rye whiskey cocktails and the perfect times to mix them. 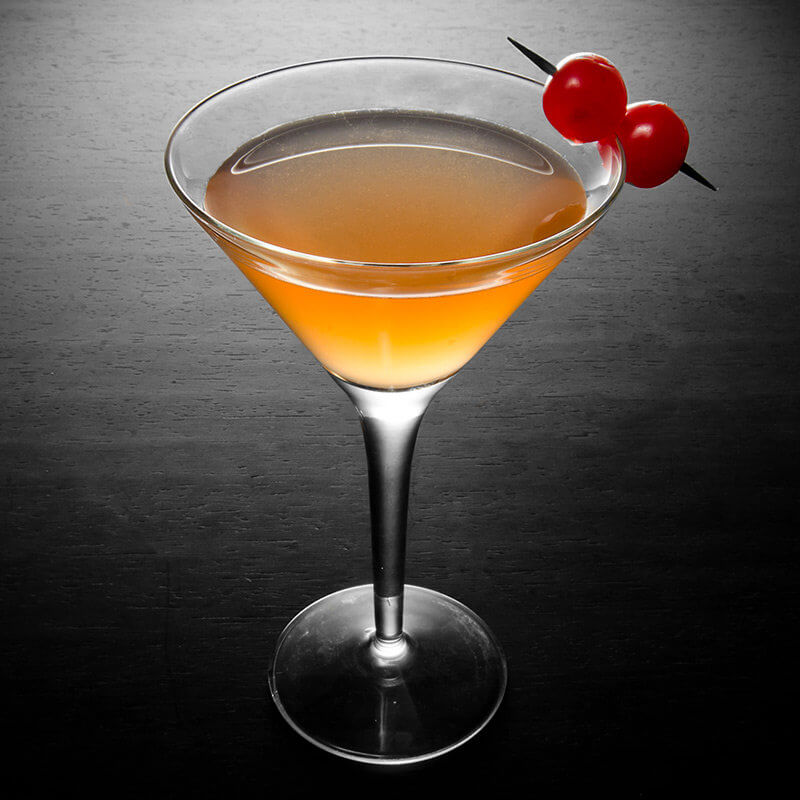 The Ward 8 is as underappreciated as rye whiskey. It’s a fantastic drink that’s been forgotten over the years. But its sweet and refreshing character makes it a great gateway into whiskey for people who may be turned off by the booze-forward frankness of a manhattan.

This drink makes a really wonderful punch. Its mix of rye, lemon juice, and orange juice is easy to imbibe, and the low cost of ingredients makes it practical to mix in large batches. If you’re having the type of party where a punch bowl and plastic cups is preferred to glassware, this rye whiskey cocktail is where you should turn.

The final mixer for a Ward 8, is grenadine, which can be found at most liquor or major grocery stores. When mixed with OJ and whiskey, the inky purple of grenadine gives the cocktail a deep orange color like a red sky sunset.

Shake ingredients over ice and pour into cocktail glass (or plastic cup!)

Bar Tips: If you’re making a large batch of cocktails and it is impractical to shake or stir a drink with ice, then add water to your mix of alcohol and juices. A good guideline is to total up the volume of liquid in the cocktail, and add a ¼ of that total of water to the drink mix. This will add the proper level of dilution that’s achieved by shaking or stirring a drink. Remember, water is always a cocktail ingredient. 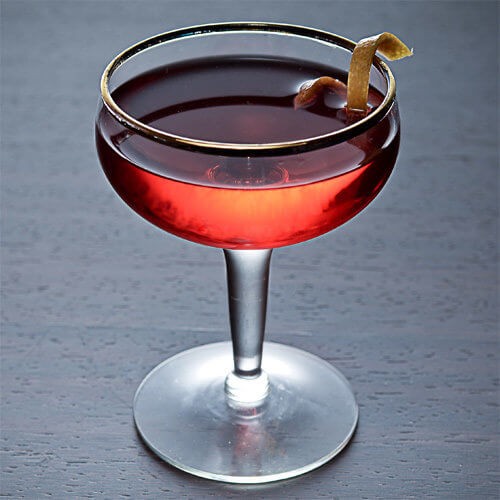 The negroni cocktail, equal parts gin, sweet vermouth, and campari, has become extremely popular over the last few years. It originated in Italy, and an Italian import hasn’t been embraced as much in the U.S. since pasta and marinara crossed the Atlantic.

The American cousin of the the negroni is the boulevardier. Though it’s name is French, it’s most important ingredient, either rye whiskey or bourbon, is all-american. We prefer to mix this cocktail with rye. It’s made with only three ingredients, so it works well for a dinner party because it can be made quickly, with essentially no prep work. And it won’t take away from the host’s duties of making food and entertaining guests.

Its balance of sweet and dry lets the cocktail work well as a before dinner drink that sparks the appetite, or as a digestif to unwind after dinner

Stir ingredients over ice, serve in low ball or rocks glass over ice, garnish with lemon. 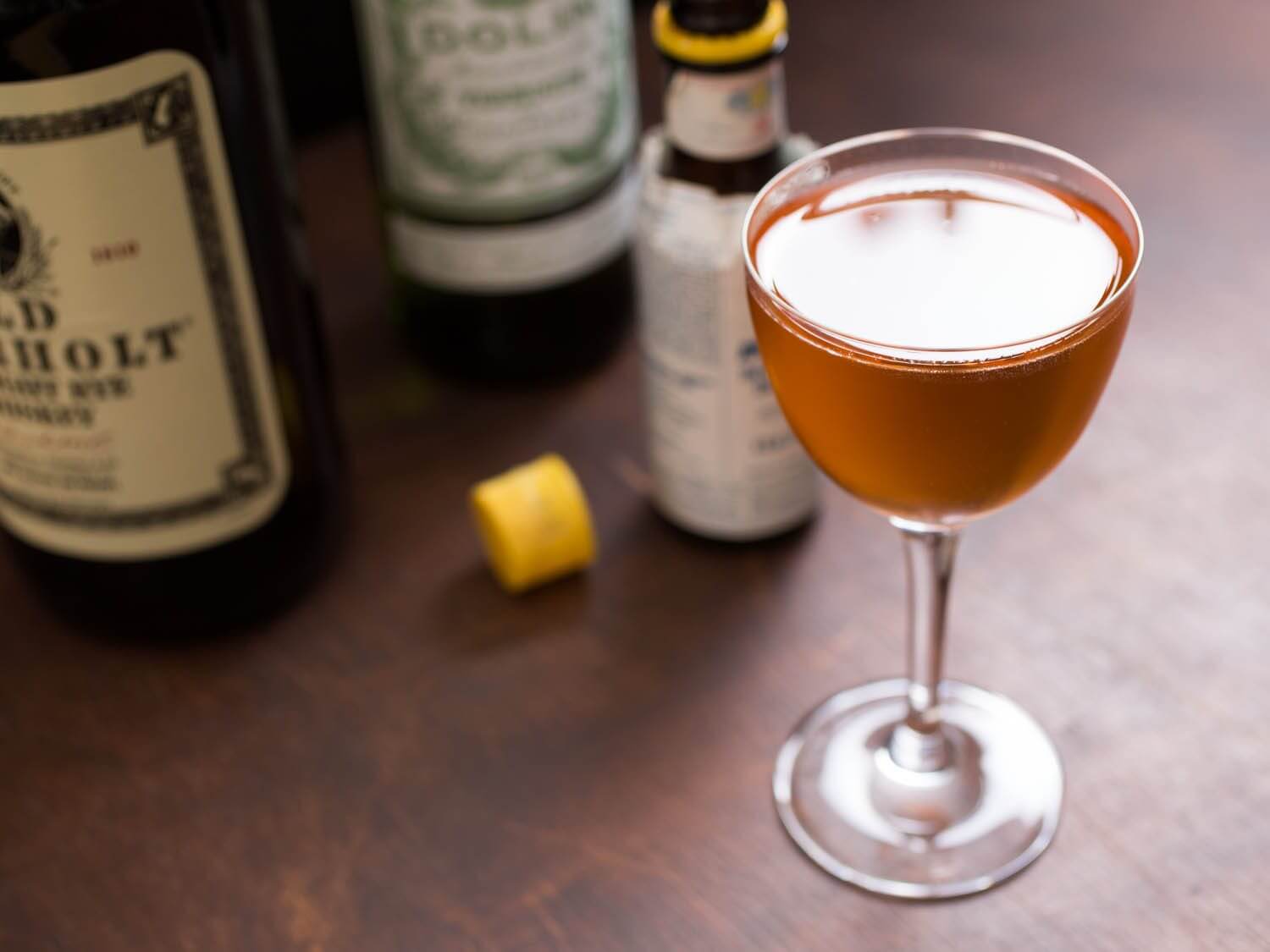 Did you know that there is a cocktail called the brooklyn? We wouldn’t hold it against you if you didn’t. Like the New York City boroughs themselves, the brooklyn cocktail hasn’t captured the screen time that the Manhattan has. And again, like the city’s boroughs, the brooklyn is finally getting the recognition it’s due.

While the manhattan trends sweeter, calling for sweet vermouth, the brooklyn is a lighter drink, built with dry vermouth. The original cocktail recipe lists Amer Picon as an ingredient, which adds a touch of sweetness to balance out the rye spice and vermouth. But unfortunately, Amer Picon is rare to find in the U.S., if you can find it at all. But don’t worry! There’s a fix: Maraschino liqueur.

The cherry liqueur, preferably Luxardo Maraschino, adds the right amount of sweetness and spice, which plays perfectly off of the rye whiskey. Like the negroni above, both the brooklyn and manhattan cocktails are simple drinks, only requiring a few ingredients. Either drink is perfect as survival tool to make it through the winter. Rich and rewarding, the cocktails will make a bitter night better

A quick note on the manhattan: you should really be making it with rye whiskey instead of bourbon. We’ve already covered why rye whiskey works so well in cocktails, and that reasoning is confirmed by the manhattan more than any other drink. The spice and bite of rye carries itself well against the rich flavors of sweet vermouth. 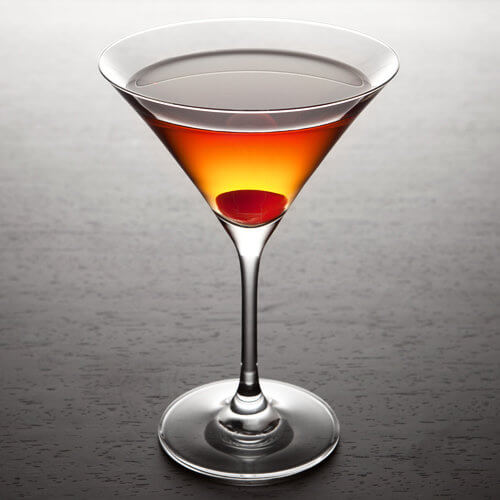 The drink is named after a neighborhood in Brooklyn, so it has to be hip. And it can best be described as a mashup of the manhattan and brooklyn cocktails.

Since we’re looking out for the home bartender, who is best served by simple mixes that provide big flavor with minimal work, this drink is 3-ingredient wonder, and is sure to impress.

Stir with ice, serve up. 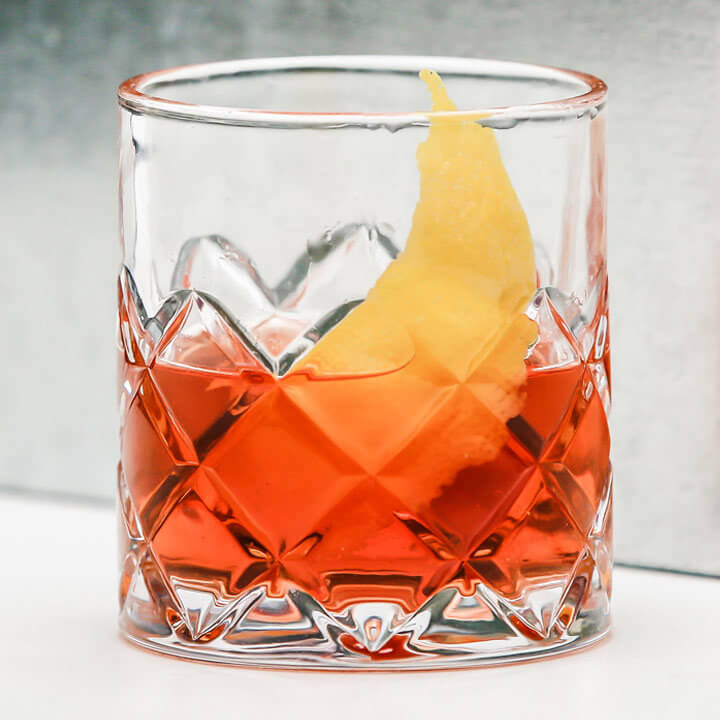 The After Work Pick Me Up: Sazerac

Again, it’s a simple cocktail. That is one of the great things about rye whiskey cocktails: many of these cocktails are simple drinks that don’t require a whole lot of work.

The sazerac utilizes a heavy hand of Peychaud’s bitters, a floral and sweet bitter created in New Orleans by an apothecarist named Amédée Peychaud, who created it as a tonic to treat ailments like stomach sickness. The drink walks the line between elegance and brawn in the way that only New Orleans can.

Douse the sugar cube with the bitters, add the whiskey, stir briefly, add ice and continue to stir for 15-20 seconds. Express a lemon peel over the cocktail and then discard.

I bet we got you in a mighty thirsty mood by now, so checkout all the Rye Whiskey we have to offer on our Whiskey Gifts page, don’t worry there is always a good occasion to send a gift to yourself (Treat yo self!), of course you could always send one to friends, family or a stranger just as long as you demand that they share with you.

7 Cocktails and Recipes to Spice Up Life now that Quarantine is Over!
How to Taste Bourbon: A Beginner's Guide
5 Holiday Wine Cocktail Ideas
We use cookies to ensure that we give you the best experience on our website.AcceptPrivacy policy