Three Of The Best Gifts To Get A Peaky Blinders Fan 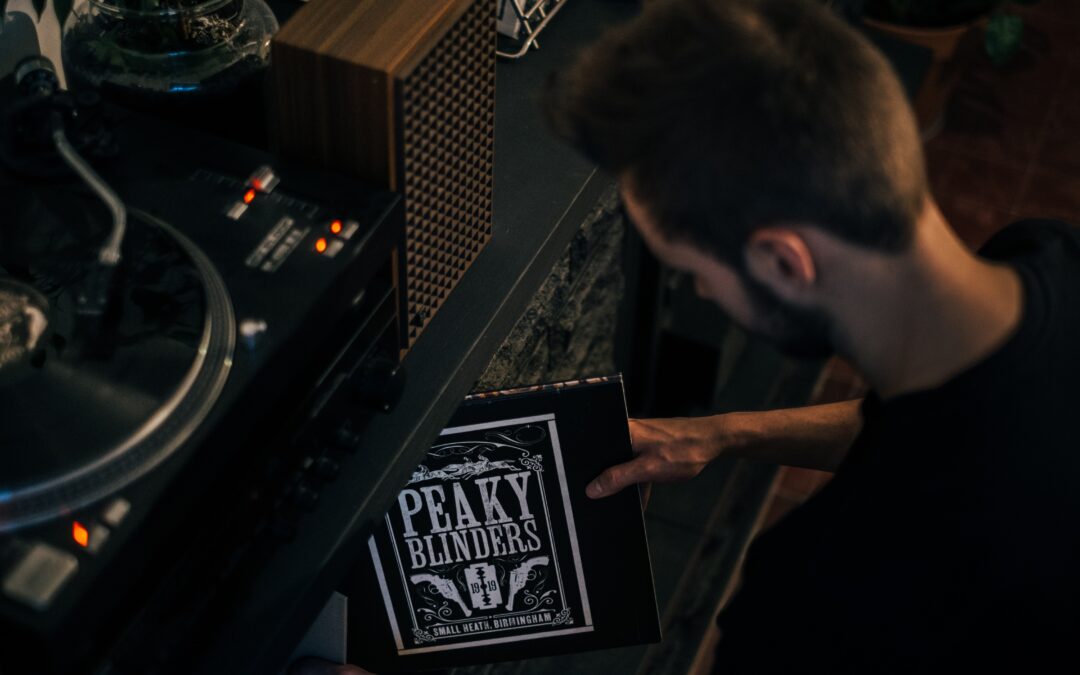 There aren’t many shows that have gained a cult following quite like Peaky Blinders. The BBC smash hit has become a global success, with millions watching the episodes as they air on the BBC, while those around the world head to Netflix to catch up on the latest episodes.

The show’s success has led fans to want to get closer to the show and get the feeling of what being a Peaky Blinder would be like. There are a number of different gifts that you will be able to get to show a Peaky Blinders fan that you care, and these are three that stand out from the crowd.

The most affordable and straightforward gift that you will be able to get for a Peaky Blinders fan is a tweed cap. This style of headwear has always been fashionable, but it has certainly taken off with a younger audience following the success of the show. The caps have become the signature piece of clothing in the show, with Tommy Shelby and the rest of the family wearing the hats in every episode.

It is the one standout piece that separates the Peaky Blinders from the other gangs, and are particularly popular during the winter. The popularity of the drama has led to a renaissance for this style of hat, with available options for fans ranging from prices low to high.

England is a common hotspot for tourism, and Peaky Blinders has led to a growing number of visitors to Birmingham. Those that visit the city want to get a feeling of what it would have been like during the 1920s, and there is no better way to get that experience that visiting the Black Country Living Museum. The museum is the home of the Peaky Blinders, with show creator Steven Knight admitting that the museum is where the show enjoys filming most of the biggest scenes.

It won’t take fans long to visit the museum and pinpoint the scenes that happened using the scenery. If you’re lucky, you may also visit the museum when the show is being filmed. However, don’t expect to see much if this is the case, as there are covers around the museum to ensure that visitors at the museum don’t see the show’s secrets.

As we mentioned, the success of the show has led to a number of customized releases. The video game is an honorable mention, but those looking to make sure the gift relaxes the person that they are buying for shouldn’t look past the dedicated drink named in honor of the show. The Peaky Blinders ale is brewed by a local Birmingham company called Sadler’s Ale, and it will ensure that the drinker will feel that they are in the Garrison with their favorite characters.

The ale can be brought online around the world at Amazon. The success of Peaky Blinders looks set to continue for years to come with season six set to be released in 2022, which means that there will always be fresh gift ideas for the show’s fans.

What could possibly be better for a Peaky Blinder fan than actually feeling as though they are part of the gang for a day? Should you have a friend or family member celebrating a birthday soon or even a Bachelor party, then it could be the perfect present that would make them ecstatic. There could be a dress code for the event, with all those attending having to wear suits and caps, while you can also play the music that would have been popular in the era when the show takes place.

Those looking to go the extra mile could also get cutouts of some of the most iconic features from the show, such as The Garrison, and have them scattered around the venue where the party is taking place. It would be the perfect way to celebrate a birthday for a dedicated Peaky Blinders fan.

The popularity of the BBC show has led to a number of Peaky Blinder tours being established. One of which can be found in Liverpool, but if you’re looking for a greater understanding of the actual history behind the show and what life would have been like in Birmingham during the 20s, then Peaky Tours is the perfect tour. Led by the highly-respected historian Professor Carl Chin, the tour takes visitors around the key areas of significance that the real Peaky Blinders would have controlled during the reign of terror on the second city.

Chin will help fans that do the tour have a better understanding of what was fact and what was fiction in the show, such as the myth that the gang members had razor blades in their caps. It would be the perfect gift for any fan visiting Birmingham, and would also be a must for any fan of the show that lives in the second city. Those fans that can’t get to Birmingham to do the tour there, Liverpool is also a hot-spot for Peaky landmarks, with much of the most recent scenes filmed there. While at the iconic British city, fans can also visit the excellent Peaky Bar, which has memorabilia around the establishment. Meanwhile, there is live music every weekend, and visitors can also get pictures with lookalike characters from the BBC show.

The Peaky Blinders book titled ‘By Order Of The Peaky Blinders’ would also be the perfect gift for any fan. The book is perfect for viewers of the show, as it features previously unseen images of the cast and crew working, as well as behind-the-scenes pictures, which would become even more poignant following the sad news that Helen McCrory has recently passed away.

As well as images, the book includes interviews with the biggest stars of the show, with Cillian Murphy and Steven Knight among them. The book includes images from the first four seasons, as well as pictures from the most recent series five. It would be the perfect gift to get in preparation for the sixth series to recap viewers of the previous seasons before the gang returns to our screens in early 2022.

There aren’t many television shows in the world that have a more iconic sound than Peaky Blinders, as some of the most famous artists have all had songs included. The official vinyl is a perfect gift for anyone with a fascination with the show, as it also includes a 32-page book and exclusive Peaky Blinders poster that can’t be brought anywhere else. As well as the songs from the series, there are also soundbites from dramatic scenes in the show, including speeches made by characters such as Tommy Shelby, Aunt Polly, and Arthur.

Songs that fans can expect to hear on the vinyl include Royal Blood’s ‘Come On Over’, Arctic Monkey’s ‘Do I Wanna Know?’ and David Bowie’s ‘Lazarus’. There are also fellow Brummies Black Sabbath’s ‘The Wizard’ on the vinyl too. It is the perfect gift to get fans in the mood for the sixth and final series, which is set to be released early next year.

This article was written by Alex Dudley, a Peaky Blinders nut and regular contributor to We Love Brum, a blog about the city of Birmingham, where the show is set and filmed.

Gift Ideas for a College Farewell Party
How to Write a Thank You Note for a Letter of Recommendation?