The BroBasket started out with this true story, way back in 2013, starring a fellow classmate in our CSUCI MBA program… it went something like this;

My fiance (now husband) sent me a bouquet of flowers and I leapt with glee!  That evening as I thanked him for the gesture I asked “Well why don’t I send you some flowers at work to repay the favor?”.  He laughed and respectfully declined but retorted with, “I don’t want flowers, but you can send me a bucket of beer instead!”  After searching the internet and quickly realizing I couldn’t send him a bucket of beer, I realized what a cool concept that would be! 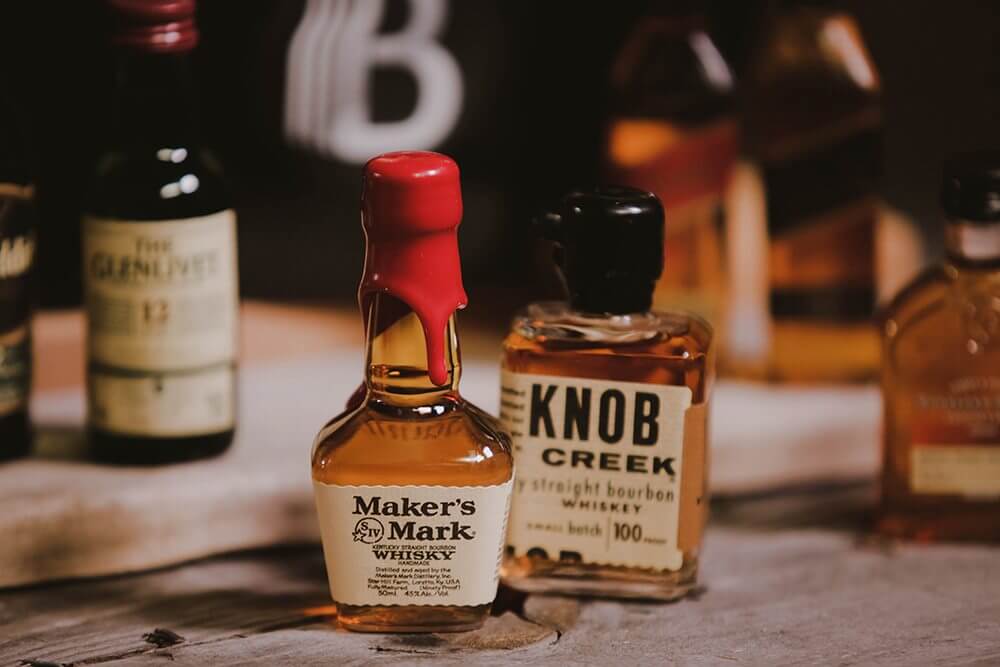 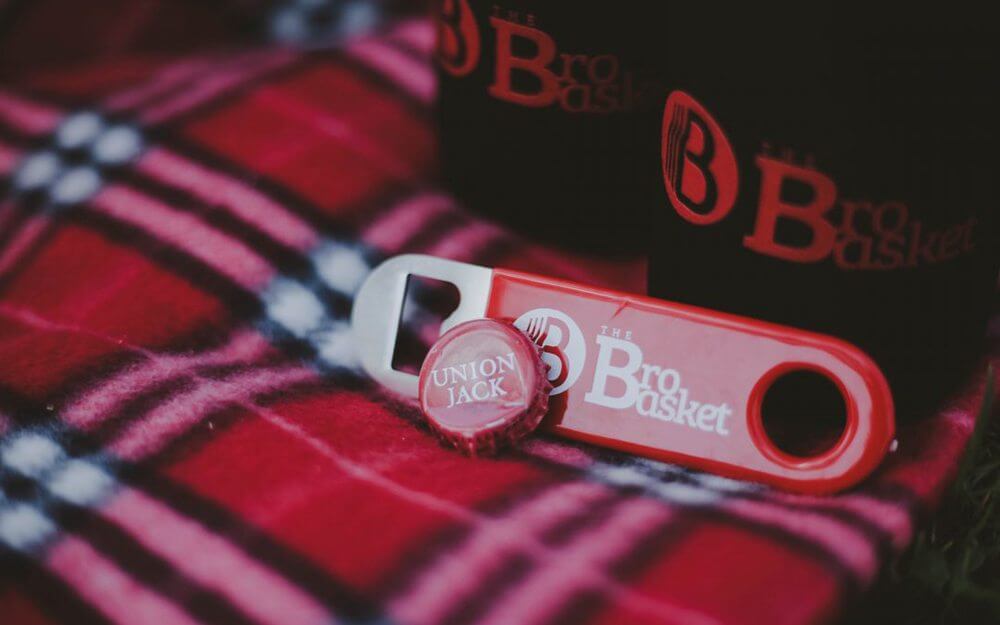 The Seed Was Planted

And there it was, the seed had been planted for what would eventually become TheBroBasket.com. Our Entrepreneurship class overwhelmingly chose it as the business we would start in our classroom.  As a whole, the class worked on the various aspect of the business plan; some wrote lengthy marketing ideas, others ran tons of theoretical sales numbers and financial figures, while others came up with a logo and even some prototypes.  At the end of the class the four Vice Presidents stood in front of a panel of real life venture capitalists in hopes of getting the idea funded and turning it into an actual business!  After all, as our Professor Doug Lane once said “Anyone can have an idea, but getting an MBA is about turning that idea into a business”.

From Classroom Idea to a Real Business

Unfortunately we did not get funded, our little idea still had a long way to go, but the whole class got A’s and we left with a sense of accomplishment; we had fun and really worked together on something bigger than ourselves.  After class concluded, the original four VP’s; Mike, Pete, Kenneth, & James (three of which are the current owners), and a handful of other students really believed in the idea and thought it could be turned into an actual business.  So we continued to meet regularly and work on all the aspects of the business plan that needed more attention.  Over time a few class member’s fell off, but we vowed to give anyone that opted in a little piece of the company as an ode to the original class and their hard work.

When we finally had a more refined business plan in order (almost a year after the class had concluded), we set out to get the money to turn the idea into reality. We held another much more ‘real’ venture capital presentation.  We invited friends, family, members of our cohort, and of course, everyone that was in that Entrepreneurship class with us. This presentation netted us a few thousand dollars from a couple classmates. Not enough to launch the business, but it was a start and it gave us hope. 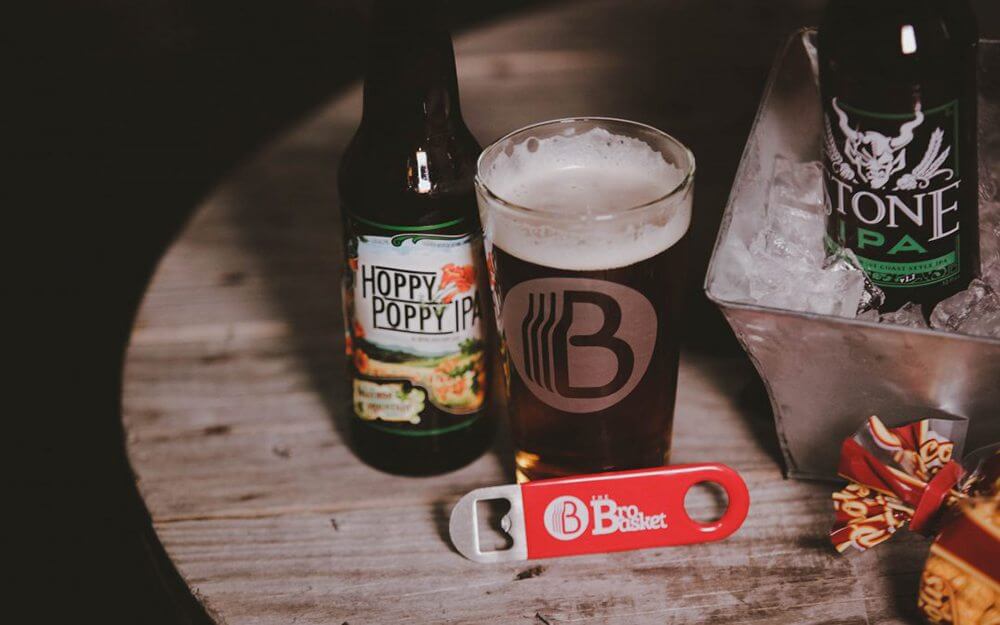 When the Rubber Hit the Road

After getting lackluster responses from many potential funding partners, and being turned down by a few banks for lines of credit or loans, we realized if we were going to make it happen we would have to pull it out of our own pockets.  So the original founders, with the help of some family, cobbled together enough money to get a location, licenses, some initial inventory, and most importantly, a website built.  We decided to bootstrap our business because we knew it was now or never if we were ever going to get The BroBasket off the ground. It took over a year and a half, tons of man hours, lots of coffee (and beer), and many delays, but on December 12th of 2014, in the middle of the Christmas rush for gifts, we launched TheBroBasket.com with high hopes and a uneasy feeling that we might not get any of that time or money back… but who cared by this point

A Drastic Shift on Our Business Model

Originally we opened the business as a local gift basket delivery service, kinda like Edible Arrangements geared toward men, but drinkable arrangements (as we lovingly call them in our case).  We launched our website as our main portal for our local customers to order on, but then the strangest thing started to happen, we kept getting orders from all over the country!  We would refund these orders and sheepishly state that we unfortunately did not ship our gift baskets out of the area, but delivered them locally.  After a few months and many local advertising and promotional flops (as well as a severely lacking website) we quickly realized that local sales would not sustain the business, but since people kept ordering from all over, the light bulb went off!  With the help of an SBA backed loan from our local partners at Ventura County Credit Union, we shifted our business model.  We launched a new and improved website, started advertising our products nationally, came up with cool new ideas like Customize Your Own (our biggest seller), figured out how to safely ship our baskets, and bam, we were a full fledged eCommerce operation! 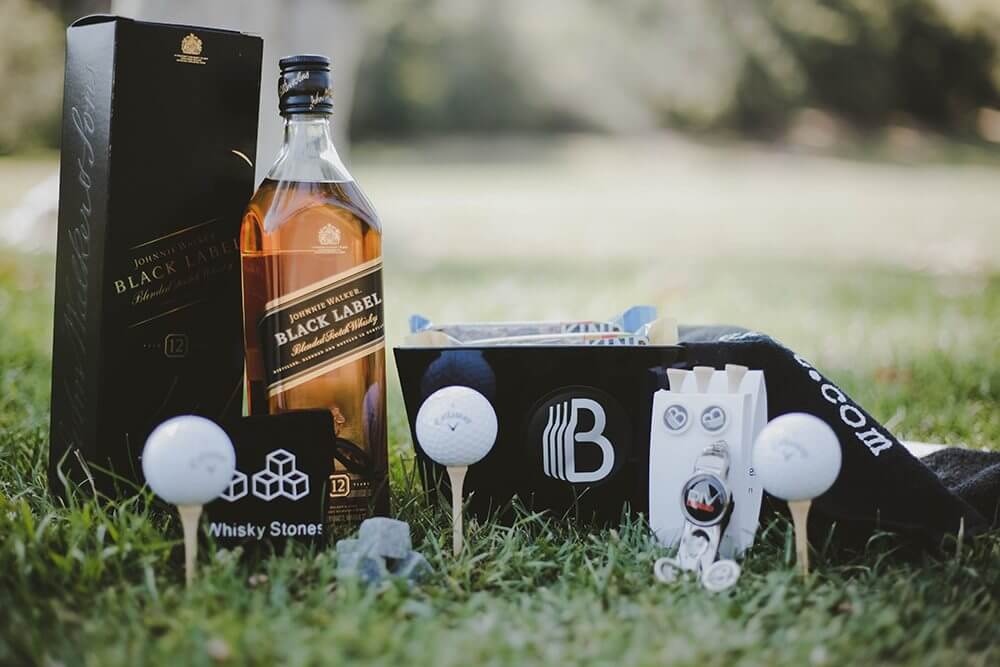 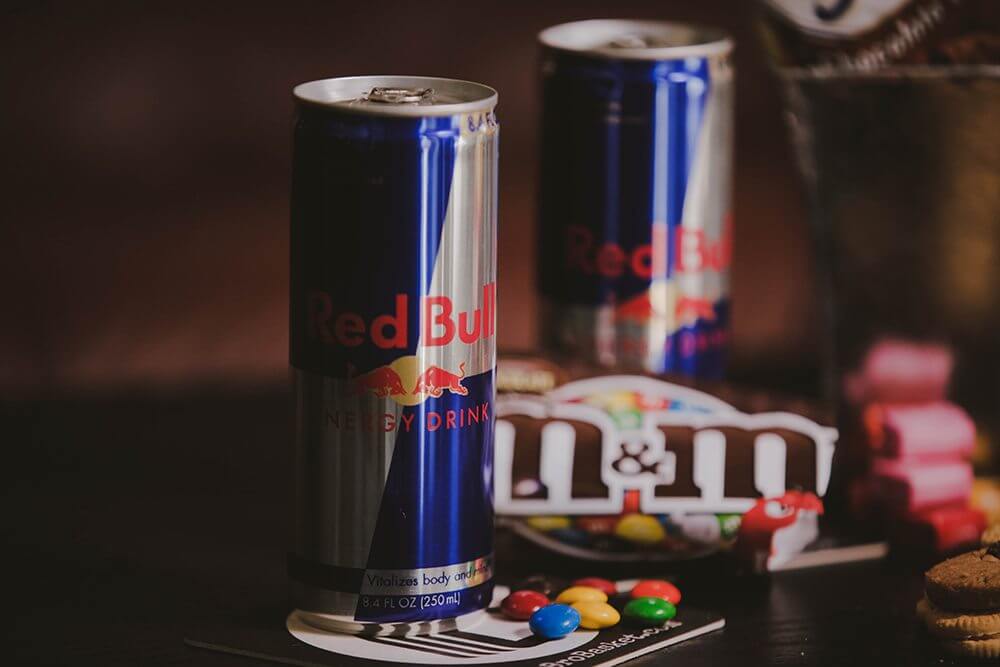 Today we ship our BroBasket’s all over the country, with 1000’s upon 1000’s of happy customers served.  Even the male centric nature of our brand has not deterred some 1/3 of our gift recipients from being female (women love us too!).  It’s not that we just make some of the coolest gifts for guys out there (because we do), but that our customers love that they can send their friends and family their favorite alcohol in a custom gift basket on their special day, because what makes a better gift for any occasion other than booze?!

Looking Into the Future

We are kicking ass, having fun and have no plans on slowing down here at TheBroBasket.com.  We will be offering more craft beer, custom and non-alcoholic gift baskets and plan on adding cool new gift options for any and all occasions in the near future. 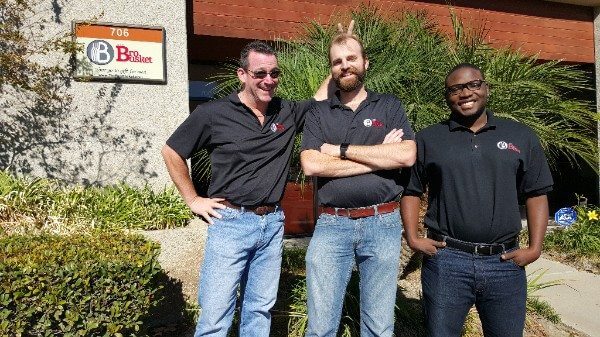 Cheers!
– James and The Guys @ TheBroBasket.com 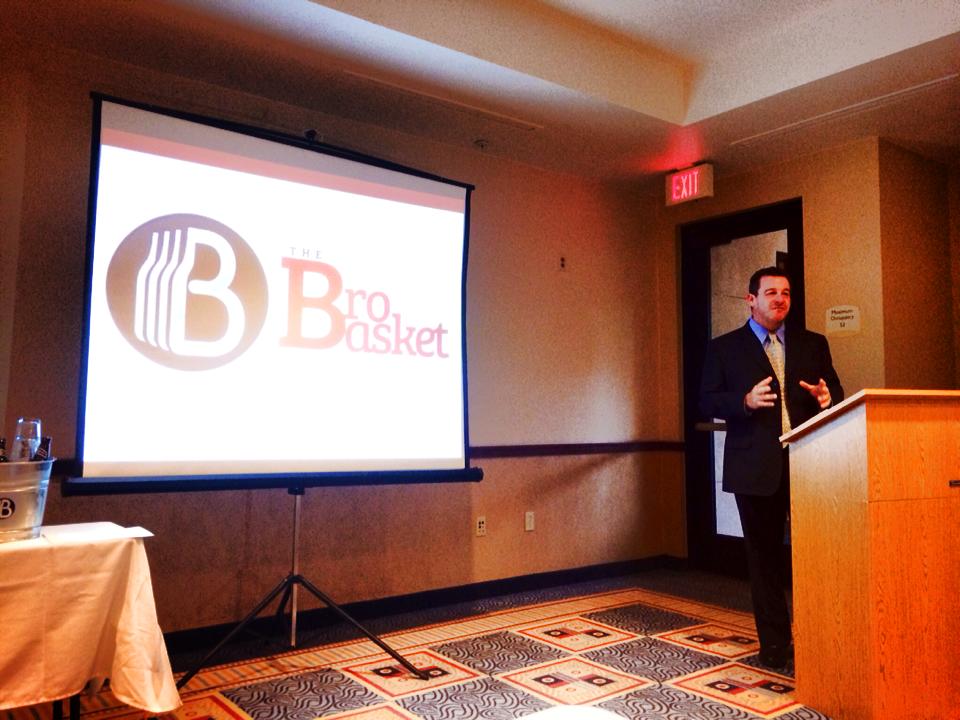 CEO / That Guy that said that one thing that one time 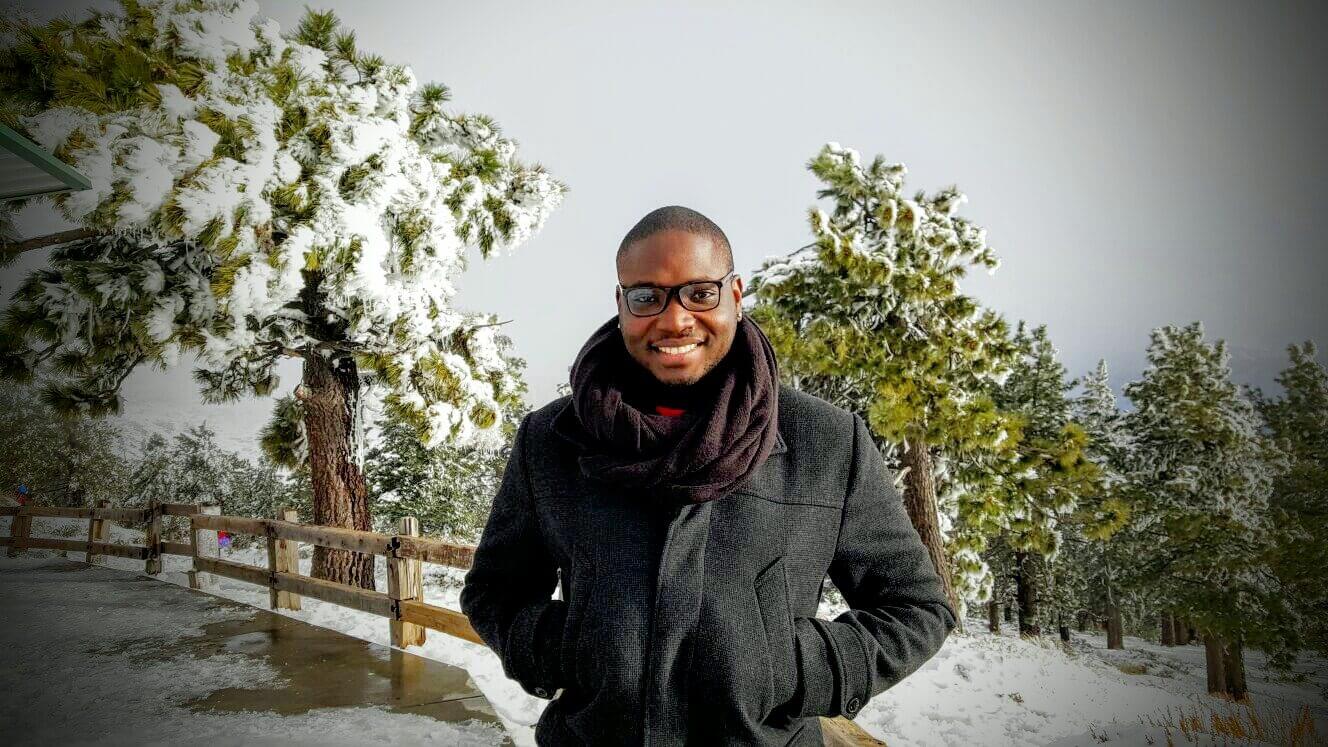 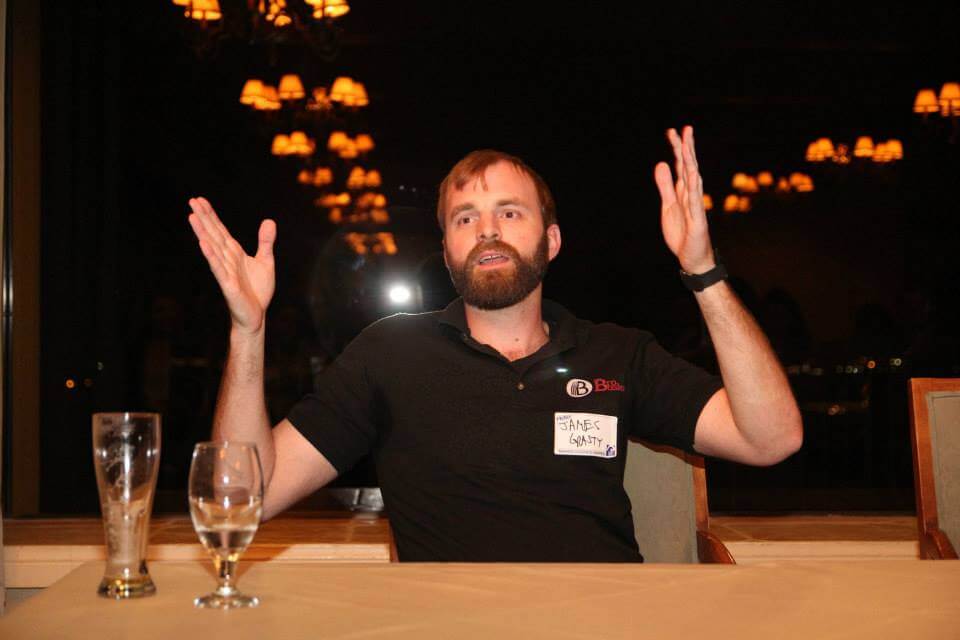 Director of Marketing / Jack of all Trades

Check Out Our Other Brands 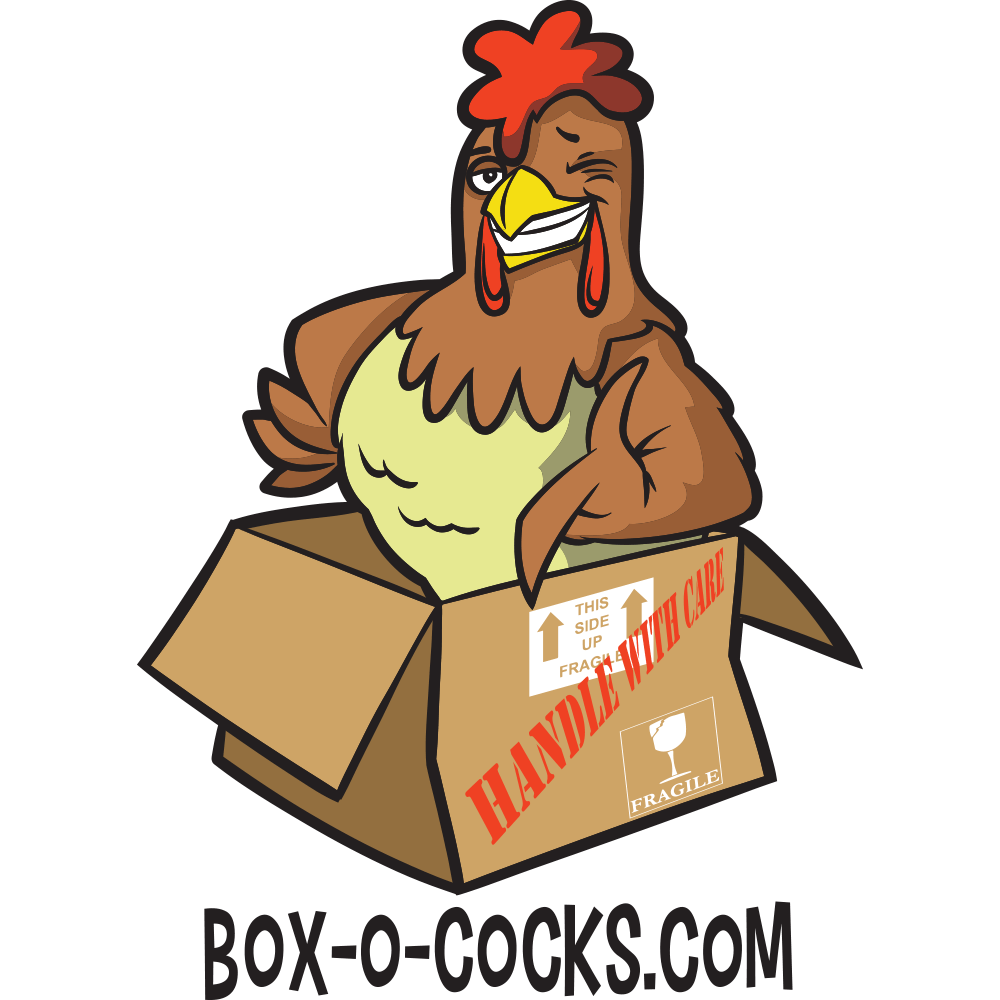 Box-O-Cocks – Better than a bag of dicks

Ever want to play a fun prank on your co-workers, friends, family, or that guy that is really being a dick lately?  Then turn to Box of Cocks and send them an anonymous box of Cock suckers and a message to “Suck a Box of Cocks!”

After you place your order we take it very seriously here at The BroBasket.  We print your order out, put it on a satin pillow, and hand deliver it to our drunken elf's in the warehouse.  There they build it by hand with care (and a dash of love), we make sure to print and place your special message on your gift before we pack it with the foam insulator 3000 so it arrives looking perfect the way we built it with minimal mess.

Orders placed before 3pm PST (6pm EST) are shipped the same day, Monday - Friday  (not including weekends and major holidays) - If you want it today, then you will have to pick it up from our Camarillo, CA facilities

For more information checkout out our Shipping Info page

Hold your horses, we know that it is important for us to help you get their BroBasket to them on their special day (Bday, Anniversary, Holiday, the list goes on).  We will give you that opportunity at the next page during Checkout, just make sure you tap the box under the label "Delivery Date" and we will make sure they get their gift when you want them to.  Otherwise we ship it ground shipping that can take 1-6 days depending on where its going.

We took the time and effort to make that date picker smart, so it knows what shipping method will get their BroBasket there on the day you want (Ground, 3 day, 2 day, and Overnight).  So just sit back, relax, pick a date for it to arrive and we will do the rest!

For more information checkout out our Shipping Info page