As a couple, playing drinking games together can be one of the best ways to have a little naughty fun while keeping your relationship fresh. We’ve got some brand new games and all the classics on this list. Get ready to laugh, strip, get close, and… well, we’ll leave the rest up to you!

A deck of cards, a pack of solo cups, a case of beer—we all know how game night used to start back in the day! Pretty soon, everyone would be laughing, shouting, and having the time of their lives.

But now, you’re older, in a relationship, and more mature. There’s no time for that brash and irresponsible flip-cuppery! Life is serious.

But there’s just one problem. Serious is BORING. And that’s the last way you want to describe your relationship.

Next date night, instead of doing the same dinner-and-a-movie routine, stay in and try one of these drinking games for couples. They’re guaranteed to bring out the goofiest, sexiest, and most adventurous sides of you and your S.O.!

The Best Drinking Games for Couples

Whether you and your other half are alone or hosting, we’ve got the right drinking game for couples to turn on the smiles and turn up the heat!

ATTENTION: MUST READ BEFORE PLAYING

Playing a drinking game with your partner is a total blast… but it also has the potential to go awry (alcohol is involved, after all).

Alright, grab the beer opener, corkscrew and the pretzels. Game on!

Just the Two of Us

Get a little closer physically and emotionally with these drinking games for two. 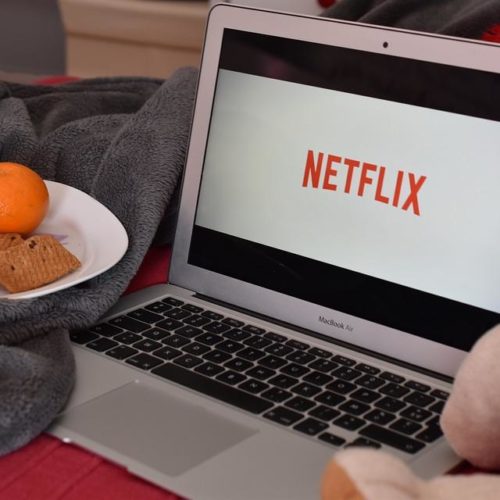 Sometimes after a long week at work, all that the both of you want to do is hunker down on the couch for some cuddles. But instead of sipping frosty brews while binging your favorite show in silence, turn your tube time into a drinking game that is sure to get things moving under the blankets.

There are drinking games for all of the most popular shows, but we’ll start you off with a Netflix favorite that EVERYONE loves: Friends.

Keep the rules for this drinking game handy, and make sure your partner doesn’t miss a sip! An hour in, you’ll be mushier than Ross and Rachel. Just watch out for those sentimental moments! 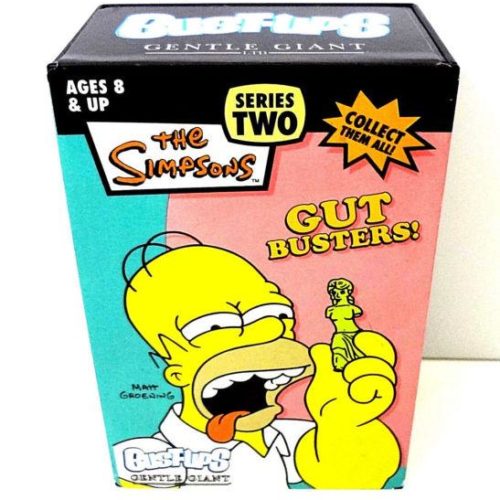 This hilarious drinking game has a simple premise. Don’t laugh! You can easily play at the kitchen table, on the couch, or in the bedroom, making it the perfect way to boost spirits and get in the mood.

The rules are simple: you have 30 seconds to make your partner laugh. If they break down, they drink! If not, you drink. Then switch roles.

You don’t need anything to play this game, but props make it way better. You can draw, act, sing, dance—anything that gets a laugh. Showing your partner your silly side and letting your guard down is intimate and sexy.If all goes well, the game will move between the sheets in no time.

Opposite? So we have to put clothes on?

YES. Just hear us out on this one.

Getting naked is cool and all, but JUST getting naked and sitting there is a little lame. Instead, start the game with your underwear on. Every time you lose, your partner gets to ADD a piece of clothing—and they can choose ANYTHING.

Things get pretty outrageous once he’s wearing a bra and heels and she’s sporting a massive sombrero from his Mexico bachelor party 5 years ago. And at the end? Help each other take all those layers off!

Note: You don’t have to play poker. Any game will do! But it always helps to keep a deck of cards and all the drinking game fixins on hand.

Two Truths and a Lie

A classic ice-breaker turned drinking game, this game is a great way to learn more about your partner while sharing some laughs.

To play, each of you writes down three “facts” on a piece of paper. Two of them must be true, and one false. Then one person reads their facts, and the other interrogates them to try to figure out which is a lie. If the lie is detected, the liar drinks. If not, the interrogator drinks. Then, switch!

This can be a fun yet tricky game of deception. Long-time couples will have to work hard to stump their partners! 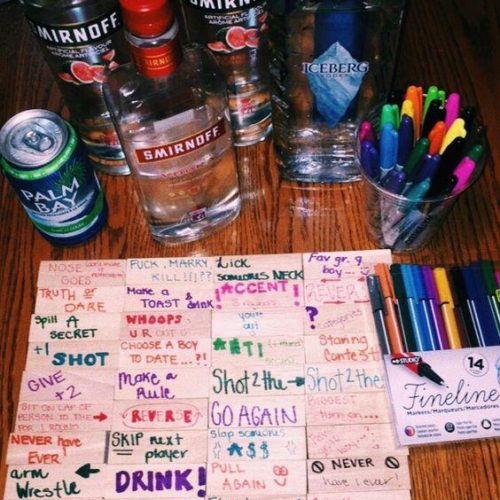 The ultimate couples drinking game—this list wouldn’t be complete without it! We know that you already know how to play this one, but here are some variations to spice it up!

Having friends over for a game night is a great way to liven up any weekend. These couples drinking games are suggestive and funny, and they make sure old couples and new dates have just as much fun!

This game is MADE for couples who like to laugh and take things over the top!

Start by assigning each person a number and then giving everyone a card with each persons’ number except their own (for example, if there are 8 people playing and you are person 3, you would have 7 cards in your hand—1,2,4,5,6,7,8).

Then, when it’s your turn, make a superlative statement:

“Who’s most likely to love being spanked?”

Everyone puts the number of the person who they think is most likely to enjoy a good butt flogging on the table. The card should be face down.

Each card is revealed one by one, and each time, the person who was accused of being a spankaholic tries to guess who voted for them. A correct guess gives a drink, an incorrect guess takes one!

This game gets pretty crazy after a few rounds. It’s a great way to bond as a couple and with friends, but remember not to get too personal!

Never Have I Ever (Couples Version) 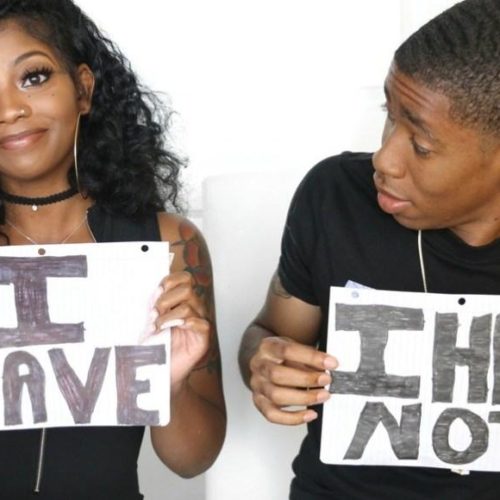 Worried about revealing the time you role played Twilight fan fiction with your ex? Then the couple’s version is for you. In this version of the classic game, you play as a couple and only the things you’ve done together count.

Here’s how to play couples’ never have I ever:

Each person starts with three shots in front of them. Taking turns, each couple says something that they’ve never done. If another couple has done that thing, they need to drink. The first couple to have no shots left has to do a dare that the other couples think of!

This is the unrivaled champion of drinking games for a reason—it’s a non-stop blast!

But, did you know that beer pong can also do wonders for your relationship? In the end, what is a couple but a team committed to sinking the last cup at the game of life?

An intense game of beer pong brings out why you’re a couple in the first place. It’s not about winning or losing. The encouragement, motivation, body language, touching, and suspense all create powerful bonds while getting the blood pumping.

Don’t forget to taunt the other couples mercilessly!

Every couple settles into a routine at one point or another. It’s comfortable, sure, but a little spice and spontaneity are needed to keep the spark alive! One romantic beach holiday a year just isn’t enough (though you should definitely go on a romantic beach holiday!). For the weekends and lazy winter nights, try one of these drinking games for couples. They’re guaranteed to take your relationship to the next level (the upstairs level of your home, that is <3)!

Mark is a passionate travel writer. He has 5 years of experience in blogging and writing. He started his career with ‘PV Night Life’ as a Content Writer. He used to travel to cover various festivals like the Tomorrow land, The Burning Man, Sunburn & has written a number of travelogues from the United Kingdom, Germany, Italy, France & Spain. He holds a passion toward writing about the best places to be for all the party animals out there, providing information about the Festivals & places to be, to have the time of their life.

Employee Retention Strategies: Everything You Should Know About
How to Choose a Bottle of Wine at the Store According to a Sommelier
Here’s How You Maintain Etiquette and Avoid Embarrassment At A Winery
We use cookies to ensure that we give you the best experience on our website.AcceptPrivacy policy